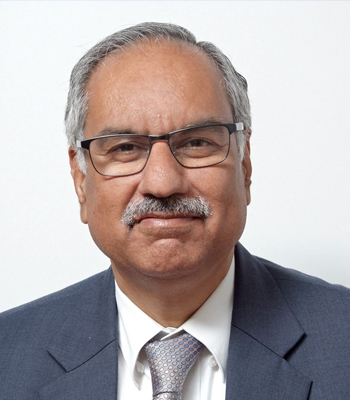 Ambassador Biren Nanda served in the Indian Foreign Service from 1978 to 2015 and is a distinguished former career diplomat with extensive experience of working in East Asia.

He has been India’s High Commissioner to Australia (2012-1015); Ambassador to Indonesia, Timor Leste and the ASEAN (2008-12); India’s Deputy Chief of Mission in Tokyo (2000-2004) and Consul General in Shanghai (1996-2000). Ambassador Nanda has also served in Indian Missions in Beijing, Washington DC and Singapore. He spent a total of ten years in China during his three terms as a diplomat in that country.  His entire career as a diplomat was spent in East Asia with the sole exception of his Washington posting.

During 2004-2008 Ambassador Nanda was posted in the Ministry of External Affairs in New Delhi as Joint Secretary (South) and was responsible for India’s relations with Southeast Asia and the Pacific. Ambassador  Nanda contributed to the strengthening of the strategic partnership between India and Indonesia, the strengthening and diversification of India’s relations with Australia and  helped  reinvigorate India’s Look East Policy and the intensification of India’s ties with ASEAN  and Pacific countries.

Ambassador Nanda retired from the Indian Foreign Service in January 2015. He has since participated in a number of Track 2 dialogues involving major Think Tanks of Japan, Australia and China.

Ambassador Nanda joined the Delhi Policy Group as a Senior Fellow on February 1,2022.

He was previously the co-Chair of the India-Indonesia Eminent Persons’ Group which drew up a “Vision Statement 2025” for the Strategic Partnership between the two countries.

An alumnus of the St Stephen’s College, New Delhi, (1971-74) Ambassador Nanda holds an MA degree from the Delhi School of Economics (1974-76). His interests include travel, listening to Indian Classical Music and reading.