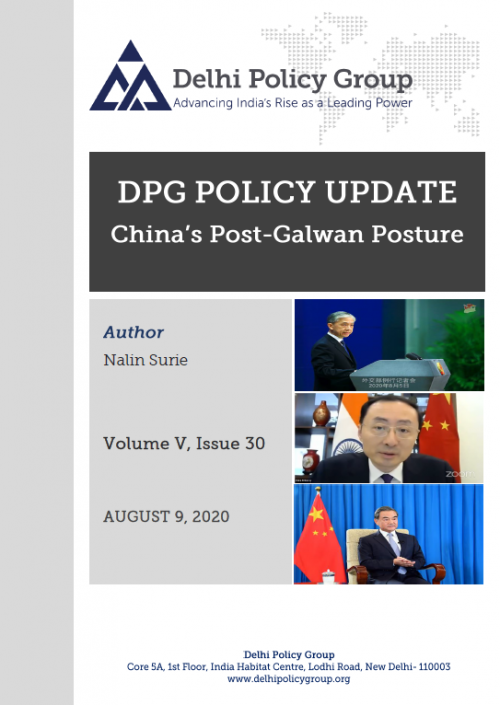 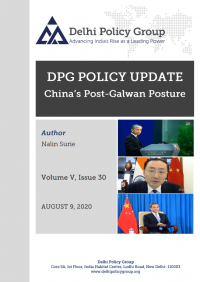 Date: August 09, 2020
By Ambassador Nalin Surie, I.F.S. (Retd.)
More than six weeks after the brutal, unprovoked, illegal and fatal attack by Chinese troops on Indian soldiers in East Ladakh, the situation there remains tense and fragile. Chinese obduracy has ensured that the rebuilding of confidence, let alone trust, in the PLA is in serious doubt. This, in spite of a series of meetings between Senior Army Commanders, the two Foreign Ministers and Ministries and the Special Representatives on the Border Question.

The take from the Chinese MFA on July 28, 2020 was that “border troops have disengaged in most localities, the situation on the ground is de-escalating and the temperature on the ground is coming down”. India’s MEA promptly clarified on July 30, 2020 that “there has been some progress towards this objective but the disengagement process has not been completed.” It added, like had the Chinese MFA, that more meetings between senior commanders would be needed to work out steps in this regard. India’s MEA did not specifically concur with the Chinese position that de-escalation had begun to happen. The latter makes sense if it is true that the two sides have built up forces both in the region and along the entire border and are preparing to dig in for the long haul.

At the very least it can be assessed that both sides have differing interpretations for what is meant by ‘disengagement’ and ‘de-escalation’. The differences could be definitional or area specific. Perhaps both. Speculation would serve little purpose. Besides, to restore peace and tranquility in the region the even more complicated issue of ‘withdrawal’ will also need to be addressed. The Commanders meeting on August 4, 2020 seems to have shown little progress at the time of writing.

What then is a plausible Chinese game plan to extricate itself from a situation of its own creation which has won it no friends except Pakistan?  It can be presumed that any plan would contain a mix of pressure, deception, disinformation and not having to abandon its long term and long held objectives.

An examination of official Chinese statements and media coverage would suggest at least four components.

The first, a robust and obdurate insistence that China is on its own territory and Indian troops are the ones who aggressed and violated agreed procedures. China will defend its territory at all cost. This was clearly manifest by the Chinese MFA on August 5, 2020 when it was again clarified that Kashmir is an issue between India and Pakistan (Not China!) and that any unilateral change by India to the status quo in the Kashmir region is illegal and invalid. India, understandably, rejected this contention on the same day.

Second, that to resolve this issue, India should “meet the Chinese side halfway”. This position was taken by the Chinese MFA on June 17, 2020 and repeated several times since, including in the Liberation Army Daily (the PLA paper) on July 6, 2020. The Chinese Ambassador in Delhi has said this at least twice, on July 10 and July 30, 2020. The question that arises is what this entails. Some ideas must have been put on the table in the ongoing official discussions and those between the military commanders. But, the demand itself is peculiar and sinister. Is this how the Chinese will proceed along the rest of the disputed Sino-Indian border, in spite of the agreed parameters of April 2005 for a border settlement and the other bilateral agreements on maintenance of peace and tranquility in the India-China border areas?

The third line of attack that has been opened is to warn India not to “misjudge” the current situation and not underestimate China’s firm determination to safeguard its territorial sovereignty. This warning was first articulated by Chinese Foreign Minister Wang Yi on June 17, 2020. Thereafter, the warning by China’s MFA (July 3, 2020) was that India should avoid a “strategic miscalculation” with regard to China. The Chinese Ambassador to India warned of this on July 10, 2020 and reiterated his advice at a public forum in New Delhi on July 30, 2020. Chinese think tanks and media have made it clear what this means. There is serious concern at the growing congruence of interests in the Indo-Pacific and Indian Ocean region between India and the USA and other QUAD countries, particularly post the Chinese attacks in East Ladakh. Also, there is growing distrust between the Trump Administration and China. Russia’s neutrality could also be worrying.

The Chinese side would be wise to recall that ever since its independence, India has not hesitated to take all necessary steps to safeguard its sovereignty, territorial integrity and core interests while maintaining its independence in decision making.

The fourth tack being taken by the Chinese is to warn India that it will greatly suffer from economic decoupling. India’s decisions on Chinese Apps, Chinese tenders for projects and investments in India have undoubtedly caused considerable disquiet. Given the state of the world economy and the future prognosis, loss of one of the largest and fast growing markets in the world is not going to be easily digested by China. Part of its response will be to strengthen its economic assistance and cooperation with our neighbours and other economic partners. Signs of this are already visible. But, it would be unwise for China to doubt India’s resolve to accept some pain for long term gain and its ability to protect its interests in the neighbourhood and wider periphery. Besides, China should not overestimate its own economic prowess.

China, quite clearly did not anticipate that its misadventure in East Ladakh would put it in the predicament it finds itself in. Perhaps, it needs to soul search although the responses so far suggest that its longer-term strategic interests in the region, such as the importance of territories it holds in J&K and access to water resources, are unlikely to change. For its part, India needs to learn from its mistakes, stand firm and build on the groundswell of support from its people in response to Chinese machinations. With China, we must first verify and only then take the next step. We must not make concessions in the hope that the other side will be responsive when the need arises. The onus on rebuilding trust is on China. It will be judged by its actions not words. The Government of India has a tough task at hand.
***
View Download