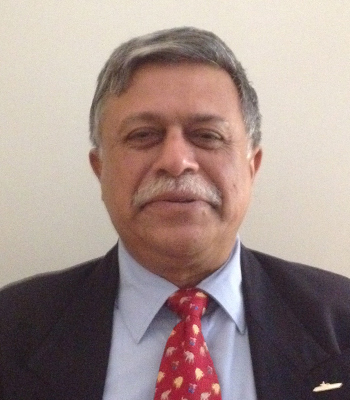 An alumnus of the Doon School, Dehradun and the National Defence Academy, Cmde Lalit Kapur is a veteran with over 35 years of commissioned service in the Indian Navy.  He has served on a wide variety of Western and Russian origin ships, been a member of the Fifth Indian Scientific Expedition to Antarctica (during which he pioneered a technique for survey of the Ice Shelf in the vicinity of Dakshin Gangotri); been India Defence Attaché at Muscat 1999-2002 and held a wide variety of seagoing assignments.  He has served in the Defence Intelligence Agency as its first Deputy Assistant Chief of Integrated Defence Staff (Defence Protocol and Foreign Liaison), where he was responsible for overseeing all foreign defence representatives in India, all Indian defence representatives abroad and military intelligence cooperation with friendly foreign countries; the Strategic Forces Command where he was responsible for strategic communications and the sea vector, and at Headquarters Offshore Defence Advisory Group, Mumbai, where he was responsible for all its operations.  He has over 12 years of tri-service experience, 8 years of diplomatic experience and has achieved a ‘Distinguished’ grading in every course he has attended since 1980.  The Commodore holds a Bachelors Degree in Science from Jawaharlal Nehru University as well as two Masters Degrees (both with Distinction); one in Defence Studies from Madras University and the other in Management Studies from Osmania University.  He also holds an M Phil degree from Mumbai University.  A prolific reader, his interests include International Relations, human resource development and military history.  He writes professionally and has numerous published articles to his credit.
Past publication not found...