The views expressed in this publication are those of the authors and should not be attributed to the Delhi Policy Group as an Institution.

This paper was also published by The Diplomat online journal on January 28, 2020.

As the New Year begins on an uncertain note, India's foreign policy establishment is looking to progress along the chosen path of realist nationalism, bearing in mind the profound and disruptive changes in the international order which is today marked by the weakening of multilateral structures in the midst of great power contestation for dominance across the entire spectrum of global geopolitics, commerce, connectivity and technology. 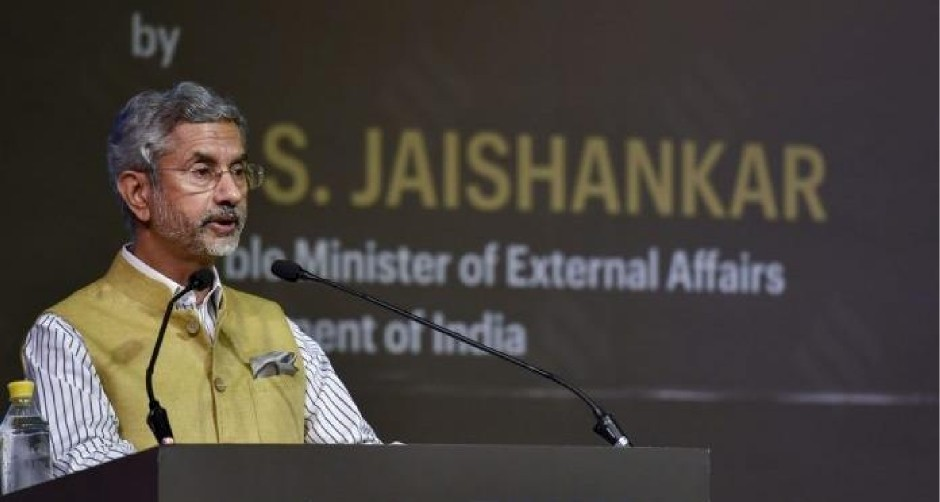 India's External Affairs Minister, Dr. S. Jaishankar, has signalled that an era of risk averse passivity has receded, giving rise to expectations of greater realism backed by political will. India sees itself as a stabilising power which finds benefit in multiple external engagements, hoping to build momentum for a multipolar world with a multipolar Asia at its core.1 India's balancing posture
1External Affairs Minister's speech at the 4th Ramnath Goenka Lecture, 2019. https://mea.gov.in/Speeches-Statements.htm?dtl/32038/External+Affairs+Ministers+speech+at+the+4th+Ramnath+Goenka+Lecture+2019
and its growing military and strategic capabilities are seen to provide a degree of reassurance against global turbulence and competitive geopolotics
An Indo- Pacific vision with an Indian Ocean-centric locus is taking shape as the principal driver of India's strategic interests. The main elements of its broader hedging Strategy appear to be the following.
Globally, India wants to remain a relevant and influencing power on issues ranging from climate sustainability to fair trade, digital technologies to the space and cyber commons, through national interest based multilateral engagement.
Finally, an underlying presumption defining India's foreign policy today is that the basic orientation has changed to overcome ideological dogma and the hesitations of history. This perception, however, remains to be tested against persisting default practices and traditional mindsets, which to a considerable
extent remain anchored in discourses of strategic autonomy.
In his already cited policy address2, Minister Jaishankar had argued that India's foreign policy perspective must be set within a realist understanding of global contradictions. Unquestionably, multiple engagement of all major powers to sustain an open, cooperative and rules-based order is a sound strategy. But juggling several balls in the air is easier said than done. How much strategic independence can be realistically exercised in the midst of rampant great power competition and conflicting demands from multiple partners, not to speak of coercive pressures from adversaries? Moreover, Dr. Jaishankar rightly contends that India is looking for partnerships based on strategic convergences, not merely tactical convenience.3 Are our policymakers willing pay the price that this demands: building even deeper strategic convergences through stronger mutual commitments? There is no room for free riders in this great game.
The domestic dimension in India's power calculus has also become more uncertain. The ability to accumulate comprehensive national power is increasingly constrained by an economic slowdown, lagging military
2Ibid
3Ibid
capability and growing domestic dissonance. In fact, we are facing unprecedented attempts by vested interests at home and abroad to generate discord over the very concept of Indian nationhood and identity, ignoring the pluralism inherent in India's millennia-old civilisation and its principles of secular governance. Adding to this challenge is a continuing  failure to adopt all of government approaches in advancing the national interest. The recent tendency to blame India’s diplomacy for the travails of an unproductive trade policy is an unedifying example.

Challenges and Opportunities of 2020

It is of fundamental importance that we as a people recognise that the Indian nation faces two existential threats: coercive pressures from neighbours over unsettled boundaries and Islamist extremism. Continuing turbulence in India's North East is becoming another major concern.

Managing relations with China is likely to remain India's principal challenge during the coming year. The inescapable fact is that China is unlikely to cede any strategic space to India or to incentivise its strategic independence, whether or not India’s power is leveraged for the containment of China. In fact, what we are witnessing is a determined Chinese effort to ensure the strategic encirclement of India through the China-Pakistan Economic Corridor (CPEC) and the China-Myanmar Economic Corridor (CMEC) on our western and eastern flanks together with growing naval power projection for eventual domination of Indian Ocean SLOCs. Suffice it to say that how China deals with India in 2020 will depend entirely on its perception of Indian power, both comprehensive and leveraged. India’s  response  must perforce centre around its key role in the Indo-Pacific.

Here, we must also realise that within various Indo-Pacific constructs, India remains a standalone power. India’s major regional partners like Japan and Australia, as also other important players like South Korea, are part of an East Asia-centric US alliance system. India stands on its own in the Indian Ocean, increasingly susceptible to China’s assertions. If China succeeds in converting the South China Sea into its blue water territory, India’s security concerns will get accentuated through an ever widening arc of Chinese influence. India, therefore, needs to develop stronger partnerships with the region’s middle powers, while also inducing its strategic partners in the “Ouad” to adopt a broader security perspective which includes India’s concerns in the Indian Ocean.

The India-US strategic partnership is a key component of India's Indo-Pacific vision, based essentially on meeting the challenge of China’s attempts at regional dominance. It carries the potential of providing both mutual reinforcement and ensuring regional stability across the Indo-Pacific. For the US, India fulfils the need for a strong and credible regional partner which bears its own burden. It is in India's interest to continue to progress the economic, defence and strategic pillars of the India-US relationship on a bipartisan basis.

Pakistan’s revanchism and unremitting hostility towards India has  reached new heights under the (nominal) leadership of Prime Minister Imran Khan. This will persist regardless of what India does. The present strategy of isolating Pakistan as the principal source of state-sponsored Islamist terror must be maintained, despite Pak efforts to build international pressure against India through false narratives of Muslim persecution. So-called ”progressive” elites in the Christian West will readily buy into this propaganda, as will the Islamic countries and the OIC. We will need to create the capacity for sustaining this uncompromising approach towards Pakistan based and sponsored terrorist threats to India’s security.

Afghanistan continues to be in turmoil as US diplomacy privileges retreat over peace. India must be prepared for all possible scenarios, including a hostile takeover by the Pak-Taliban nexus as the year progresses.

The current state of affairs in West Asia is ominous, impacting India’s interests adversely in the areas of energy security, diaspora welfare and countering Islamist extremism. India will be hard pressed in balancing its regional equities, strengthening linkages with regional states and managing the Sunni- Shia divide.

It goes without saying that Indian diplomacy cannot be effective without the backing of economic and military power. India's diminishing economic performance and continuing pullback from a more open economy  is a matter of concern. Equally, the defence sector is marked by significant

underinvestment and lagging technological capabilities. We must only hope and expect that the long awaited appointment of a Chief of Defence Staff (CDS) will help drive strategically driven capacity building to address both conventional and strategic vulnerabilities.

A difficult year lies ahead, but India's diplomacy is in good hands and will hopefully be up to the challenge.