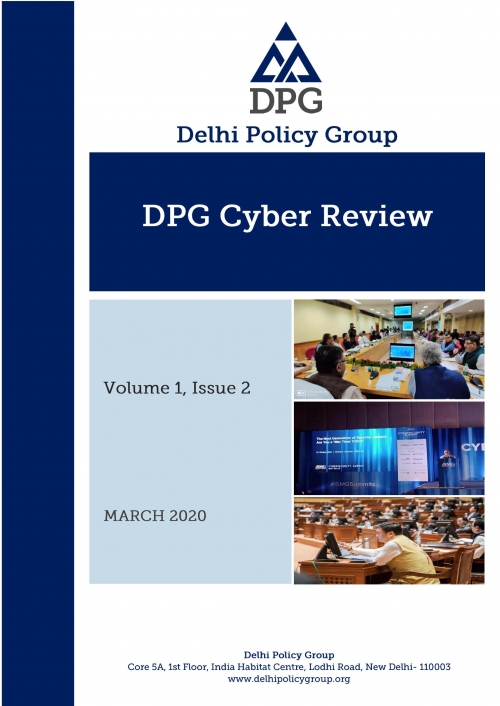 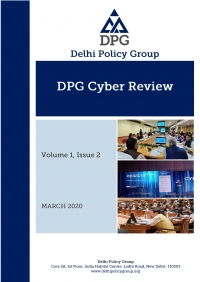 Date: April 01, 2020
By Brig. Abhimanyu Ghosh (Retd.)
The human anxiety regarding the Coronavirus pandemic and the global lockdown forcing employees to ‘work from home’ on insecure networks have been exploited by criminals for theft of credentials and financial gains. There has been a spate of fake news and data dissemination across networks and social media. Corporates and governments are working out protocols in line with regulatory frameworks to protect citizens and sensitive data, with technologies like Artificial Intelligence and Big Data being deployed to fight the pandemic. Several countries are deploying communications monitoring technology for contact tracing of patients to prevent spread of the virus.

India is surging ahead with adoption of digital technologies. Capability development initiatives by the Indian Government, Industry and academic institutions are covered in this Review. The World Bank and the All India Council for Technical Education (AICTE) have joined hands to establish Centers of Excellence on Cyber Security in Engineering Colleges. IIT Kanpur, in collaboration with Industry, has established an Interdisciplinary Center for Cyber Security and Cyber Defence of Critical Infrastructures (C3i Center). The Indian Government is supporting these efforts with budgetary support, organisational reforms and Bilateral/ Multilateral Cooperation.

The Union Cabinet has set up an Empowered Technology Group (ETG), to be headed by the Principal Scientific Advisor, as an institutional body to lay down, coordinate and oversee national-level policies related to the procurement and induction of technology. The government plans to provide broadband services  under the National Broadband Mission (NBM) in all villages of the country by 2022 with an investment of  around Rs 7 Lakh crore (US$ 92.7 Billion) which is to be catalysed largely by the industry, with 10% share being contributed by the government. Further, an investment of around INR 50,000 crores (US$ 6.6 Billion) has been approved by the Union Cabinet to boost electronics and components manufacturing in the country for exports and domestic production.

Globally, Cyber threats have proliferated to target health related data of hospitals and information related to the Coronavirus Pandemic issued by the World Health Organisation (WHO). In the APAC region, the Cyber Security Firm, Kaspersky, has detected 93 coronavirus-related malwares in Bangladesh, 53 in the Philippines, 40 in China, 23 in Vietnam, 22 in India and 20 in Malaysia. To avert damaging attacks on critical infrastructure by undeterred adversaries, the US Congress had set up the Cyber Space Solarium Commission (CSC) which has just announced several far-reaching recommendations including the appointment of a ‘National Cyber Director’ at the White House. The Trump administration has also reportedly agreed to take new measures to restrict the global supply of advanced chips to China's Huawei Technologies, as the White House ramped up criticism of China over spread of the coronavirus.

On the digital technologies front, Honeywell has built the most powerful ‘Quantum Computer’, which will be available to its clients in next three months.  The utilisation of Artificial Intelligence (AI) posing threats to freedom of expression and ethical norms is expanding. During the month, the Organization for Security and Co-operation in Europe (OSCE) hosted a roundtable on the impact of AI on freedom of expression. Tesla and SpaceX CEO Elon Musk had suggested that all organisations developing AI should be regulated by both the United Nations and individual governments.

On the aspects of Norms, Rules and Principles in cyber space, there has not been much progress at meetings of the UN Open Ended Working Group (OEWG) and the United Nations Group of Governmental Experts on Developments in the Field of Information and Telecommunications in the Context of International Security (UN GGE) which took place last month.
View Download