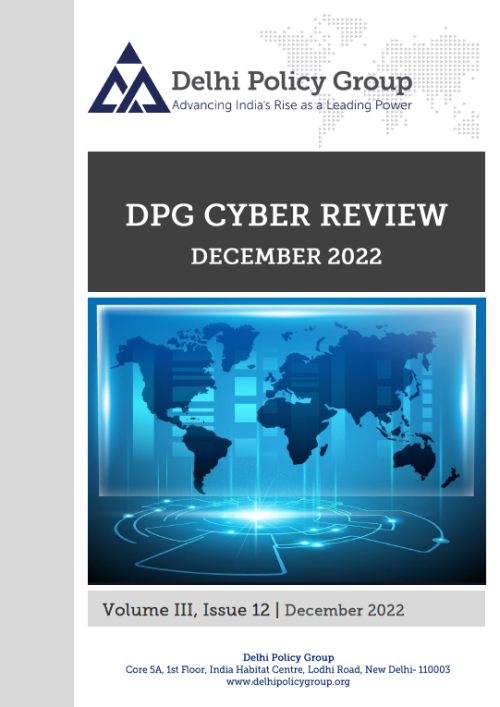 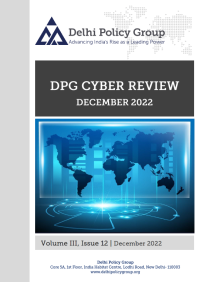 Date: January 10, 2023
By
The Ransomware attack on India’s premier health care systems has been a shake up call for its cyber security establishment. The breach has occurred despite public health being recognised as a critical information infrastructure, under the IT Act section 70.

India is the largest ‘connected’ nation in the world with its userbase adding up to 1. 2 billion, by the proliferation of 5G and Fibre optics network.[1] It is also exploring the Licensing Framework and Regulatory Mechanism for Submarine Cable Landing in India to improve the connectivity further.

On the international front, Taiwan’s cyber warfare capabilities have been highlighted, that are being built to confront China in the foreseeable conflict. Taiwan has built the Information Communication Electronic Force Command (ICEF) over 5 years by bringing together communication, cyber, and electronic warfare units for the task.
%u200B
The US Cyber Command has revealed that it had conducted full spectrum Cyber operations against Russia, Iran, and other proxy actors to protect its critical systems. The US has accelerated its efforts to ‘onshore’ and ‘friend-shore’ manufacturing of semiconductor, while it continues to impose curbs for advanced technologies to China, which have implications for global technological leadership and geopolitics.

The European Commission has launched the draft ‘adequacy decision’ for the EU-US Data Privacy Framework, that assesses the US legal framework that provide adequate safeguards for cross border data flows.

A practical seminar on “Securing the Cyberspace Frontiers”, with SCO’s Regional Anti-Terrorists Structure (RATS) was conducted by India, with a special focus on examining and deliberating on issues related to misuse of internet by Terrorists, Separatists and Extremists (TS&E).