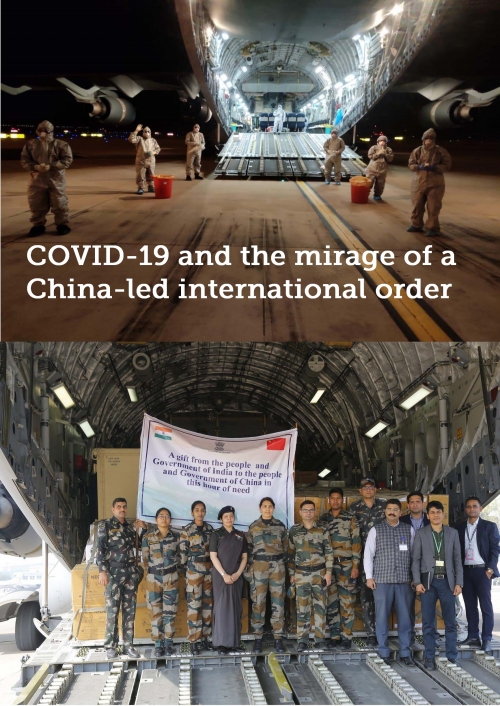 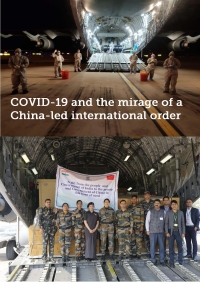 COVID-19 and the mirage of a China-led international order

The study of international relations (IR), as Hans Morgenthau noted, follows a rational and an unemotional course. As people across the world are concerned about the health of family and friends, IR theorists tend to focus on changing global power relations due to the spread of novel coronavirus (COVID-19). While many may find such ruthless focus on power relations despicable in this context, for IR theorists, it is a necessary step in the pursuit of peace.

The larger question agitating IR theorists is whether COVID-19 is reshaping the global order. Some have argued that the United States’ less than satisfactory response to the pandemic and Beijing’s apparent success in battling the virus as well as its outreach to other countries may result in China gaining global pre-eminence. However, it is not only premature but also erroneous to assume that there is going to be a fundamental shift in global power relations in favour of China.

In fact, the COVID-19 crisis has substantially dented China’s image globally. Many find it incredibly tragic that despite the experience with the Severe Acute Respiratory Syndrome (SARS) in 2002, the Chinese government took considerable time to inform its own people of the emergence of COVID-19. Further, the failure to inform the global community in a timely manner is being seen as the absence of collaborative intent on the part of China even on issues when there is no clash with its ‘core’ national interest. While some Chinese officials claim that the virus may have had foreign origins, many across the world are firmly convinced otherwise.

COVID-19 demonstrated the limitations of closed political systems in dealing with such outbreaks. A political system defined by scuttled information flows and lack of scrutiny with little space for deliberation has resulted in an outbreak morphing into an epidemic and subsequently into a pandemic. Countries such as South Korea, Taiwan, and Singapore have performed better in containing the spread of the virus. While South Korea operationalised a massive testing programme, there are concerns that it has also deployed intrusive technologies to identify people for testing, which included tracking of credit/debit cards, close monitoring through CCTVs and even disclosure of travel histories. Many other countries do not have such technologies and, even if they do, will find it challenging to deploy these.

Italy’s sluggish response to the pandemic created a humanitarian crisis, and it will have to introspect deeply on its delayed response. It should be noted that when dealing with such large-scale emergencies, democracies are often perceived to be underperforming because of their virtues such as the free flow of information and rigorous questioning of the government. Further, many democracies were hesitant to deploy tools such as geographical lockdowns and travel suspensions, as they may infringe on the rights of the people. It is precisely for these reasons that the US leadership is harshly criticised for its slow response and yet its political system is not termed as fundamentally dishonest in its evaluation of and response to the COVID-19 crisis.

Interestingly, some western news outlets and even academic journals are deploying a G-2 framework (excessive focus on China and the US) in their writings. The efforts of other countries also deserve mention. For instance, despite growing concerns about the global scarcity of medical supplies, an Indian Air Force aircraft with 15 tonnes of vital medical equipment was dispatched to China last month. India has dispatched medical supplies to Bhutan and Maldives and is preparing to do so for its other neighbours as well. New Delhi also pledged $10 million towards the SAARC COVID-19 Emergency Fund.

Indian civilian and defence assets were deployed in far-flung areas to bring back Indian nationals. Such operations also resulted in the evacuation of citizens of India’s neighbouring countries. The deployment of C-17 military transport aircraft in distant places such as Wuhan (China) and Teheran (Iran) attests to the growing humanitarian crisis response capabilities of New Delhi, which is also a consequence of the growing US-India defence partnership. Given the growing synergies, it is not surprising that the Indian foreign secretary participated in the Indo-Pacific conference call on Covid-19 initiated by the US Deputy Secretary of State. India also nudged Saudi Arabia to organise a video conference of G-20 leaders to identify specific measures to address the pandemic crisis.

The reduced economic activity due to the COVID-19 pandemic is hurting all major economies. According to some estimates, the US may slip into recession for at least two quarters. Unlike the 2008 crisis, which was caused by inherent weaknesses in the financial system, the 2020 economic slowdown in the US has been induced by a pandemic. On the other hand, China has been experiencing a sustained growth slowdown in the past few years and will now have to deal with the consequences of a large-scale shutdown of its cities and provinces. Not surprisingly, economic data coming out of China paint a bleak picture.

Further, the pandemic has also demonstrated the pitfalls of over-dependence on supply chains wherein a single country, such as China, has a disproportionately significant share. As a consequence, the desire to decouple from the Chinese economy is finding new constituencies in the United States and other places. The parabolic references by the Chinese media threatening to push the US into a “hell of corona epidemic” by banning the export of critical pharmaceutical components have only exacerbated the concerns of Washington DC.

India may not benefit from the growing China-US differences, as the pandemic will have a negative impact on the globalisation process. Western economies will erect new sanitary/phytosanitary and technical barriers to trade. It is only a matter of time before various rating agencies, as well as other international organisations, will come up with a ‘health vulnerability index’ that will seek to influence investment decisions. India will have one more index on which it has to improve its rankings and will have to contend with protectionist tendencies from developed countries.

The shift in the global order is often accompanied by the rise of a new hegemon. COVID-19 has ensured that discussions are not about the technological/economic progress of China or an alleged inclusive world order that Beijing seeks to usher in. Instead, conversations are aptly about the pain that COVID-19 has inflicted on humankind and the delay on the part of the Chinese government in alerting the global community on the virus breakout. All this indicates that China may be one of the dominant players in the global order. But, a China-led international order is not in the offing.

Sanjay Pulipaka is a Senior Fellow at the Delhi Policy Group. Paras Ratna is a Research Associate at Vision India Foundation. The views expressed here are personal.The aricle was first published in The Economic Times.