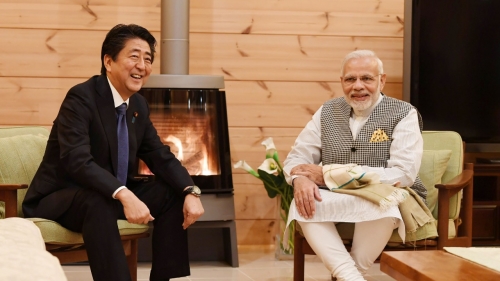 View: As Shinzo Abe prepares to leave, his legacy will continue to reshape Asia

With the announcement by Japanese PM Shinzo Abe on August 28 that he is stepping down from office for health reasons, India will be losing a trusted friend, Asia a charismatic statesman and Japan an inspired leader who has forged political stability and set Japan firmly on the path of national revival. When he relinquishes office, he will leave behind an irreplaceable void but also a legacy that will likely endure.

Shortly after Abe’s political reprise to become Japan’s prime minister for the second time in late 2012, I had described the historic moment in the following terms:

“Japan’s economic revival, resilient strategic posture, enhanced defence capability, resolute regional diplomacy and renewed national coherence will help realise its potential as a ‘normal nation’ anchored in Asia.Shinzo Abe has a historic opportunity to make this a reality. Several emerging nations in Asia, including my own, will applaud his success.”

It would be fair to say that Abe has delivered on much of that promise.

Shrugging off the widespread impression of Japan’s secular decline, Abe has led domestic transformations that will ensure its future vitality. His bold assertion that “Japan is back” and will never be a second-tier power has given new meaning to Japan’s strategic posture, restored its global relevance and signalled more vigorous contributions to the security and geopolitics of Asia.

Often described as a conservative nationalist, Abe has endeavoured to move Japan beyond the “history issues” of its imperialist past not as a revisionist, but as a firm believer in the fact that since 1945, Japan has scripted an entirely different path of constitutional democracy, resolute pacifism and internationalist purpose from which it has never deviated.

At the same time, Abe took on the difficult challenge to broaden public recognition of the dangers confronting Japan, which necessitated reconsideration of self-imposed limitations that have long restricted Japan’s role in regional security. Abe was eventually unable to deliver on his promise of constitutional revision to recognise Japan’s right to maintain a self-defence military. However, under his stewardship, Japan has reinterpreted Article 9, passed new security laws to assume a larger collective security role alongside the US, increased defence spending and the development of Japan’s military capability.

Abe’s deep and abiding commitment to forging strategic ties with India was founded on the legacy of his maternal grandfather Nobusuke Kishi (PM of Japan 1957-60), who was deeply moved by India’s outreach to confer legitimacy on post-war Japan and become the first country to accept Japan’s overseas development assistance. In his 2007 book ‘Towards a beautiful Country: My Vision for Japan’, Abe wrote that it would “not be a surprise if in another decade, Japan-India relations overtake Japan-US and Japan-China ties”.

While that certainly did not transpire, Abe made an indelible impression with his address to the Indian Parliament on August 22, 2007, embracing India in a “broader Asia” and envisaging the dynamic coupling of the Pacific and Indian Oceans. Bilateral relations were upgraded to a strategic and global partnership in 2006, and again to a “special” strategic and global partnership in 2014. Based on these foundational agreements, India-Japan relations have progressed steadily across the fields of investment, economic infrastructure and development, civil nuclear technology, and defence and security. This process may have somewhat slowed over the past couple of years, but there can be no doubt about the extraordinary warmth and rapport that Abe has enjoyed with PM Narendra Modi.

In the evolution of regional security architecture, Abe has played a vital role in both the initiation (2007) and the revival (2017) of the QUAD forum for security dialogue and policy coordination between the major maritime democracies of the Indo-Pacific. This will remain his hallmark contribution.

At this juncture, there would be no better way of recognising PM Shinzo Abe’s contribution to India-Japan relations than to recall that there is no other major power equation in Asia like that between Japan and India, with their shared liberal democratic values, absence of historical grievances and growing strategic convergences. As Abe himself has repeatedly affirmed, India and Japan have a mutual stake in each other’s success. Hopefully, this legacy will endure and continue to shape Asian stabstability, security and prosperity.

(The author is a former Ambassador of India to Japan )