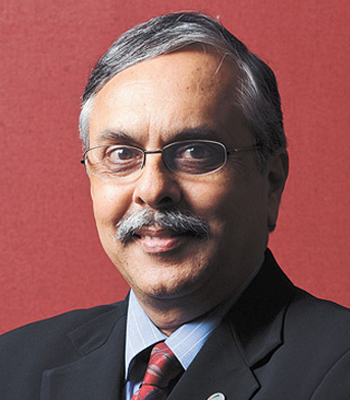 Dr. Alwyn Didar Singh, author and former civil servant (IAS from 1976 - 2011) served as Secretary to Government of India (2009-11) and was Secretary General (2012-17) of India’s largest apex business chamber, FICCI (Federation of Indian Chambers of Commerce and Industry). He is associated with DPG as Senior Fellow, Delhi Policy Group (DPG) from March 2018.

Dr. Singh has been a member of the Global Agenda Council on Migration (2011-15) of the World Economic Forum (WEF). He also served as a Member on the India-Indonesia Eminent Persons Group (EPG) nominated by the Ministry of External Affairs, Government of India (2016-17). Dr Singh functions as Chair of the Diaspora group of KNOMAD (Knowledge Network on Migration), World Bank and in 2017 was named as Global Fellow at IC2 Institute of the University of Texas at Austin, USA. He has served on the International Working Group on Financing Pandemics Preparedness (IWG) established by the World Bank and is presently member of the ILOs ‘Global Commission on the Future of Work’.

Dr Singh has been conferred an Award for his service to the Indian Diaspora by GOPIO International (Global Organization of People of Indian Origin). He was named as Distinguished Alumnus of St. Stephen's College in 2012 and in July 2014 was awarded an Honorary Doctorate (DUniv) by the University of Birmingham, UK.

Dr. Singh is an expert in e-Commerce, Trade and Migration issues and has authored several studies for international agencies, including the World Bank, International Trade Centre, World Health Organization, and South Centre, Geneva as well as the Commonwealth Secretariat, London.

Dr. Singh holds a Bachelors and a Masters from St. Stephens College, University of Delhi; a Masters in Development Administration from Birmingham University, UK; and a PhD on the Policy and Administration of e-Commerce (Panjab University, 2006). Dr. Singh has authored four books and several publications and has delivered talks and lectures at over 30 Institutions and countries around the world.