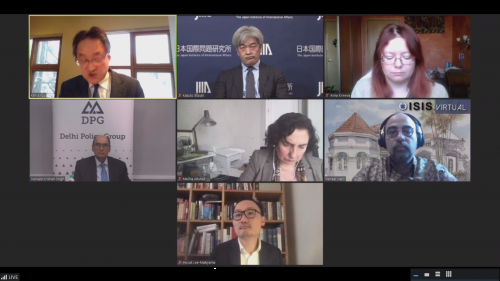 Remarks by Ambassador H.K.Singh at the 3rd Tokyo Global Dialogue

Question 1: How do you see the US-China systemic competition over values and technologies and their impact? What other Agenda/development will have a significant impact on the international values/technologies relations.

Question 2: In what ways is US-China competition over regimes and governance related to future technological developments? How would you calculate costs and benefits of their rivalry for your own country?

Question 3: What have been the responses by your country/ or region or by the international community. Are the current policies valid and adequate, if not what are the reasons? What else should be done?